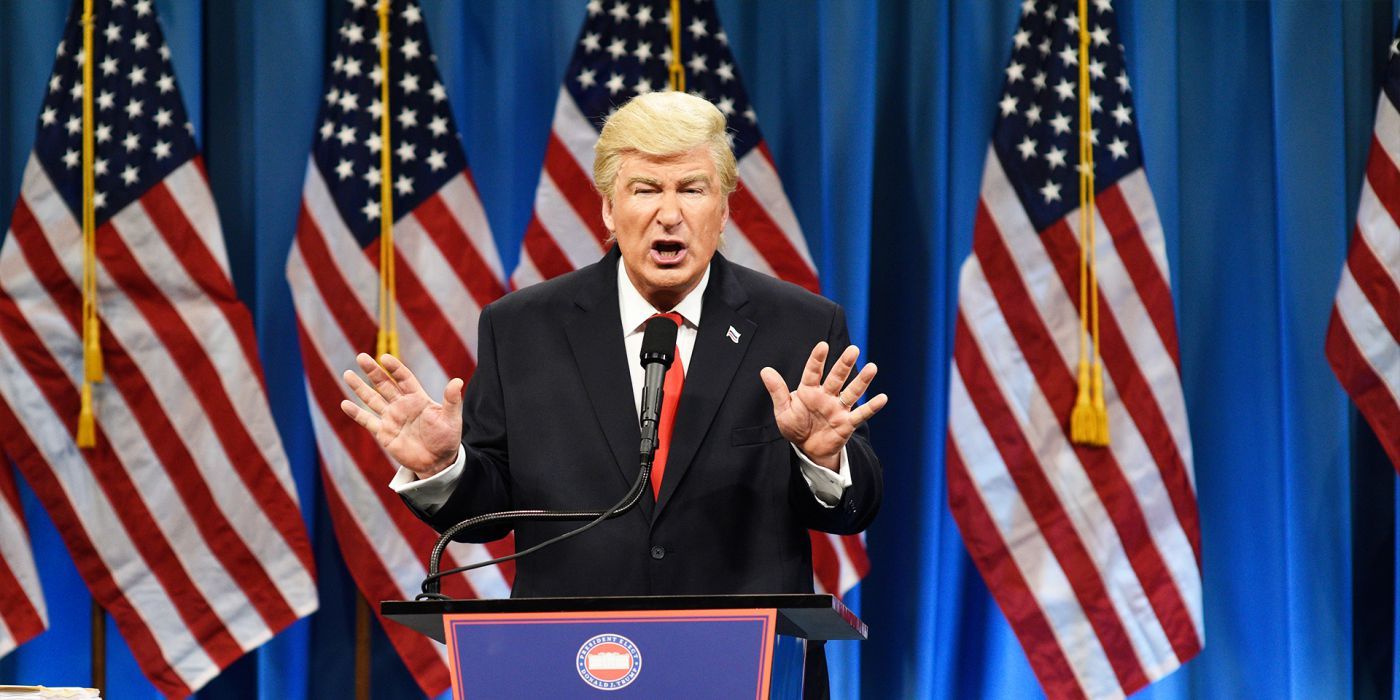 Alec Baldwin says that he has never been happier about being out of a job now that he is likely done portraying Donald Trump on SNL. The New York-based show has a long history of ridiculing the U.S. president, regardless of their political party and opinions. One of SNL‘s main goals is to be skeptical of those in the public realm and to find humor from the world’s current events. This is SNL‘s formula for understanding and contextualizing what is happening in American society. For the past 4 years, Baldwin has done this by slapping on a wig, pursing his lips, and impersonating America’s sitting president.

Baldwin first appeared as Donald Trump on SNL in October of 2016 to mock the debate from that presidential election cycle. He played opposite Kate McKinnon’s Hillary Clinton, and since then, he has portrayed Trump through his most ridiculous scandals and public appearances. Most recently, he debated Jim Carrey’s Joe Biden – a performance that has been largely criticized by viewers.

Now that Biden is the projected winner of the 2020 election, Baldwin can finally hang up his toupee, ditch his exaggerated New York accent, and leave SNL. Saturday afternoon, a few hours after the presidential race was called for Joe Biden, Baldwin tweeted from the account for his foundation that he founded with his wife. In his tweet, he says he has never been this happy about being unemployed.

Baldwin still appeared on SNL for its most recent episode, depicting Trump and his refusal to concede the election results. It is unclear whether or not he will come back to the show in the future, but it does look like he has already said his goodbyes to the show based on his tweet above that’s captioned “It’s been fun.” If the show does need someone else to portray Trump, SNL has had multiple cast members impersonate the same person before. That being said, Trump is likely to still be involved with politics after he leaves the White House, so Baldwin could certainly come back in a future episode.

Baldwin, who has criticized Trump in the past and who has openly voiced his political opinions, is likely happy for two reasons: the first being that he gets to move on with his career, and the second being the fact that Donald Trump was voted out of office. Playing the same person can also get repetitive, and that can be especially true for impersonating Trump. It is unclear what Baldwin has planned next for his acting career, but at least he now has the option to do something more.