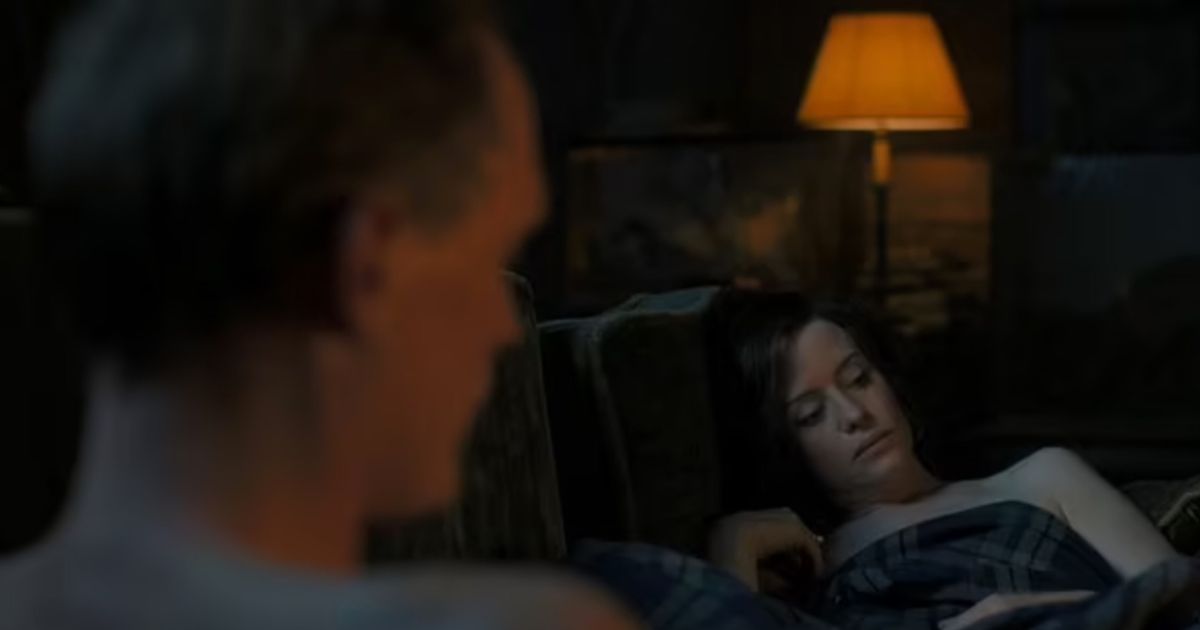 BBC One’s A Very British Scandal got off to a very racy start with Claire Foy’s character Margaret, Duchess of Argyll enjoying three sex scenes with two different men in the first half an hour

A Very British Scandal shocked viewers with no less than three sex scenes in the first 30 minutes.

The BBC One drama, stars the Crown actress Claire Foy, who plays Margaret, Duchess of Argyll.

Margaret was branded a nymphomaniac by her husband Ian Campbell, 11th Duke of Argyll, who is played by Paul Bettany.

He claimed she made her way through a staggering 88 lovers, including cabinet minister and royals, during their marriage.

And if last night’s episode was anything to go by, Margaret looked set to be on her way.

In the first episode of the three-part series the Duchess seduced a man at a dinner party before getting it on with her on-screen husband.

The steamy scenes took place at his Scottish stately home before relocating to a cupboard at her parents’ house.

While the sexy subject matter may have par for the course, red-faced viewers took to Twitter explaining it was probably best not to watch the Christmas billing with your parents.

One wrote: “Watching A Very British Scandal in front of my parents was not the best idea. Even at 37 seeing sex scenes on TV with them in the room is all kinds of awkward.

While said: “Watching A Very British Scandal with my mother-in-law and OH [other half] – didn’t realise there was going to be so much sex in it – awkward.”

In tonight’s episode, there is more raunchiness predicted as Claire Foy is tasked with the dubious challenge of recreating the Duchess of Argyll’s infamous naked Polaroid.

In the photo Margaret was pictured pleasuring a naked man, whose head was cropped out of the shot.

She said the sex scenes were ‘grim’
(

Despite their frequency in the show, Claire told BBC Radio 4’s Woman’s Hour that she found filming them ‘grim’.

She said: “It’s a really hard line because basically you do feel exploited when you are a woman and you are having to perform fake sex on screen. You can’t help but feel exploited.

“It’s grim – it’s the grimmest thing you can do. You feel exposed. Everyone can make you try to not feel that way but it’s unfortunately the reality.”