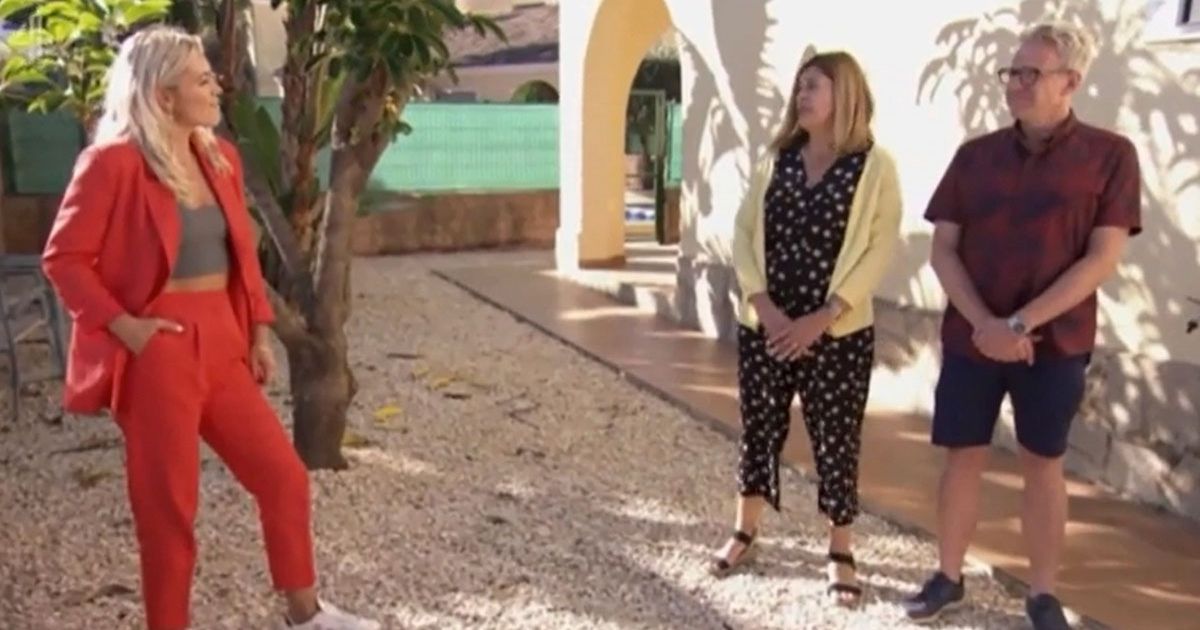 A Place In The Sun: Woman feels ‘uncomfortable’ in property

A Place In The Sun’s presenter Danni Menzies was shocked by a couple’s harsh reaction a villa in Spain.

Alison and Brian are from Dartford and wanted to purchase a second home in Denia, Spain, with a budget of £160,000.

They were first shown three homes – which they seemed okay with – before the last house resulted in a brutal reaction.

Danni gave the tour of the three-bedroom property in El Verger but Alison said she felt “uncomfortable” in the home.

She said: “It just doesn’t do it for me, it’s very dark. I’ve not got the feeling for it.”

Her husband tried to compromise by suggesting they make changes but she immediately said no.

“The previous property had such a nice feel and I just felt really good there.

“The kitchen was very dark. Even though it had really high ceilings, I just didn’t feel it had the sense of space.”

Danni was a bit disappointed by the couple’s reaction and said she didn’t “expect” them to feel that way about the fourth home.

“I was on a winning streak there,” Dannie said.

“I’m not going to be too disappointed here, because I still have two in the running so I’m happy about that.”

They were shown one more property, which they weren’t feeling as much as the first three, and ended up choosing the third home.

They ended up choosing the third home
(

It wasn’t the first time potential home-buyers were disappointed by the properties shown by the hosts.

Last week, a couple complained to Laura Hamilton over a “small” holiday home.

A couple complained to Laura Hamilton over a “small” holiday home
(

The TV presenter was challenged with finding Marianne and her partner Anthony their dream property in southern Spain for £50,000.

During the episode, which first aired in 2019, Laura did her best to find the perfect place for the pair, starting out in the Axarquía region.

Marianne and Anthony were not impressed by the one-bedroom townhouse situated in Comares, which was on the market for €49,900.

It offered two living rooms and an open-plan kitchen, as well as a double bedroom, family shower room and a laundry area, but the couple were left puzzled by the lack of space in the holiday home.