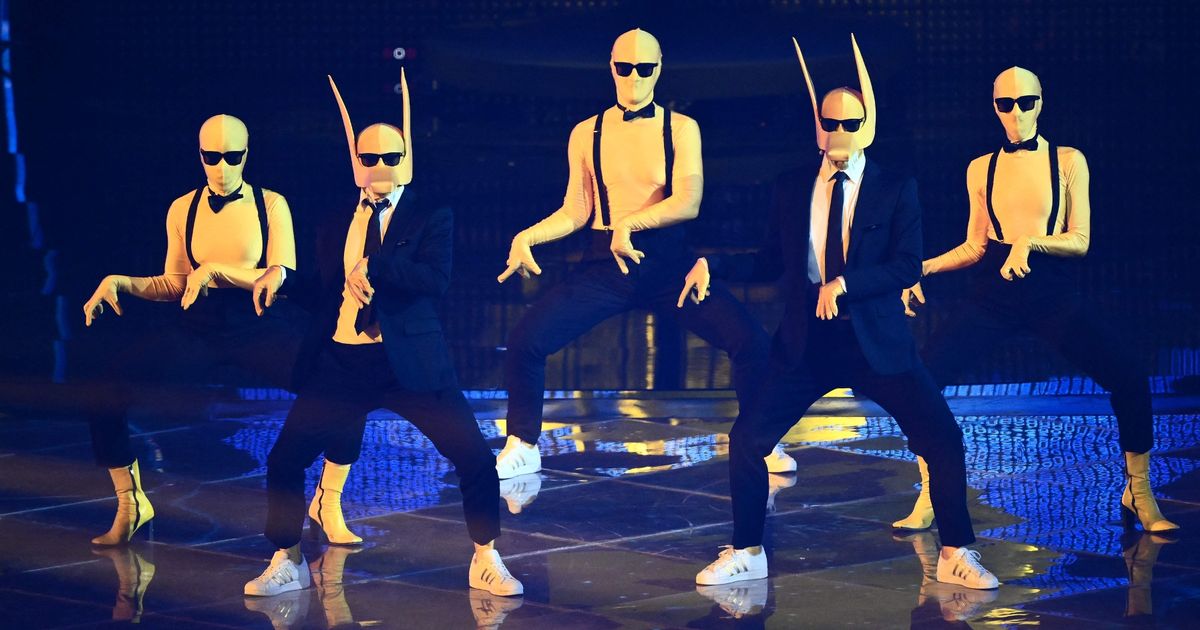 Norway has entered Eurovision 2022 with one of the most intriguing offerings this year, with the bizarre but strangely brilliant Subwoolfer getting fans guessing their top-secret identities

Members of the band “Subwoolfer” perform on behalf of Norway during the first semifinal of the Eurovision Song contest 2022 on May 10, 2022 (

The Eurovision Song Contest has its traditions, one of which being that each year, one act will steal the headlines based solely on its wild style.

Under the masks are two mysterious individuals known only as Keith and Jim, who are now gearing up to take on the rest of Europe at the 2022 competition.

The duo have got off to a great start, winning the first semi-final at this year’s Turin-based competition in Italy.

Here’s everything we know about this very unusual band representing Norway at Eurovision 2022.

Who is representing Norway at Eurovision 2022?

Norway will be represented by Subwoolfer, also known as Keith and Jim – beyond that, who these guys are is anyone’s guess.

They have described themselves as the “biggest band in the galaxy”, and only time will tell whether they truly live up to it.

Not a huge amount is known about how the mystery duo came together, but fans have been enjoying themselves trying to work out who is behind the masks.

On May 10 it was claimed that the duo’s DJ – known as DJ Astronaut – who appeared on stage with them during the semi-final is in fact Norway’s entry for 2021 TIX, according to outlet NRK.

Lots of the guesses have claimed that one of the members is A1 star Ben Adams, but these have not been confirmed.

Singer-songwriter Adams lives in Norway with his fiancée Sara Skjoldnes and their daughter Skylar.

Where did Subwoolfer come from?

Subwoolfer in rehearsal of the first semi-final of Eurovision2022
(

Subwoolfer gained their fame after winning the Melodi Grand Prix 2022, but even then the duo’s identities were a secret.

However, if you were to ask them the same question they would probably say they were “first formed 4.5 billion years ago on their home planet, the moon”.

What is Norway’s Subwoolfer song called?

The Subwoofer entry for Eurovision 2022 is called Give That Wolf A Banana.

It is a heavily electronic tune that wouldn’t be out of place in the beach clubs of the continent’s warmer resorts.

With a heavy house beat and some very quirky lyrics spinning off a strange version of the Three Little Pigs, it incorporates big percussion to move between parts of the song.

Credits for the song go to Keith and Jim, produced by DJ Astronaut.

It has been a huge hit in Norway, climbing straight to number four in the national charts.