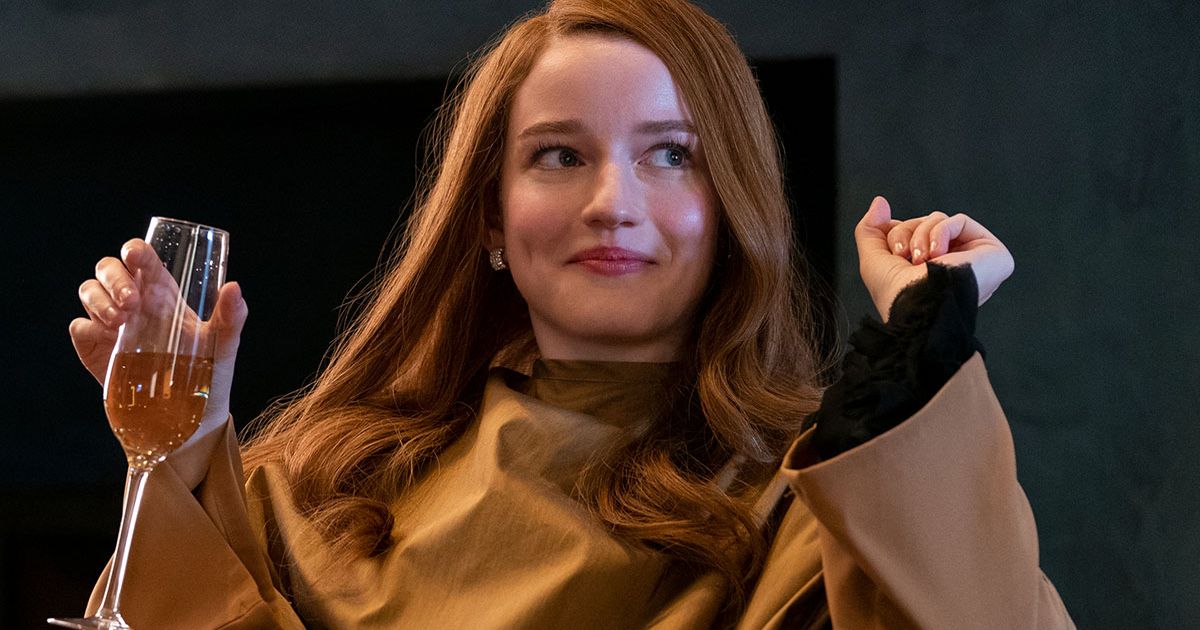 The real-life victim at the heart of Netflix’s shocking new drama Inventing Anna has opened up about the Morocco scam perpetrated by Anna Delvey which left her £50,000 in debt.

The new Netflix series follows the outrageous true story of Anna Sorokin, a Russian-born German fraudster played by Julia Garner, as she convinces New York’s elite to part with their cash.

She led what was described in court as “a lifestyle fit for a Kardashian”, living in suites in top New York hotels where she would tip staff £75 a time.

She would foot the bill for meals with her friends at exclusive Manhattan restaurants, spend £300 a time on eyelash extensions and wore the latest clothes from Gucci and Balenciaga.

Rachel Williams, the one-time friend of the faux heiress at the centre of the elaborate scam, spoke out about Sorokin’s manipulation during an appearance on ITV ’s Lorraine.

Rachel Williams called in from her home in San Diego
(

Speaking to host Christine Lampard, who stepped in for Lorraine Kelly, from her home in San Diego, Rachel described befriending Sorokin in 2016 a year before the fated Marakech trip.

Rachel said Sorokin struck her as “ambitious and smart” when they first met through mutual friends, adding: “In much the same way audiences are interested in her today, she captivated me with this enigmatic boldness that pulled me in closer.”

A year later, Rachel was invited on what she thought was an all expenses paid trip with Sorokin and a few other friends to stay in a palatial Moroccan hotel villa.

Rachel had a work trip in France the following week and said the holiday timing “worked out perfectly” but said that once they arrived in Morocco Sorokin’s scam “snowballed”.

“Over the course of the week, piece by piece it all fell apart,” she said. “Anna’s credit card stopped working and she started to be pulled aside by the hotel managers as the week went on.

“The day before our departure, I woke up and two managers came into the villa and we weren’t allowed to leave until a functioning card was on file and I was boxed into the position of having to give them mine, for what I was told would be a temporary hold.”

Sorokin told Rachel she would reimburse the $65,000 funds the following Monday, but that never arrived and instead months went by in a “painful and drawn out process” of Rachel asking to be paid back.

She said: “I never thought to question a friend I had known for a year and really trusted and believed in.

“It was about three months later – after endless back and forth, fake wire confirmation numbers and continually shifting the goalposts, I realised there was a problem.

“By the end of that period I realised this is someone I can’t trust at all and nothing she says has any tangible fact in it. I went from there to law enforcement.”

Unlike several of the elite and wealthy scam victims portrayed in the Netflix drama Inventing Anna, the debt Sorokin owed Rachel was more than she made in a year at the time.

She said: “She was very artful in her ability to deflect lines of inquiry with questions and dramatic flare ups. She’s very good at spinning the narrative so she’s always at the centre of it.

“This brief little friendship which I thought was just fun morphed into years of reckoning with the emotional and financial impact.”

Rachel also revealed that show writers were in the courtroom during the trial, where Sorokin was handed down a prison sentence.

She was found guilty of eight charges and got off on two, one of which was the claim that she had defrauded Rachel.

Anna Sorokin was reportedly paid £230,000 by Netflix, and has hired her own filmmaker to launch her own project, Anna Delvey TV.