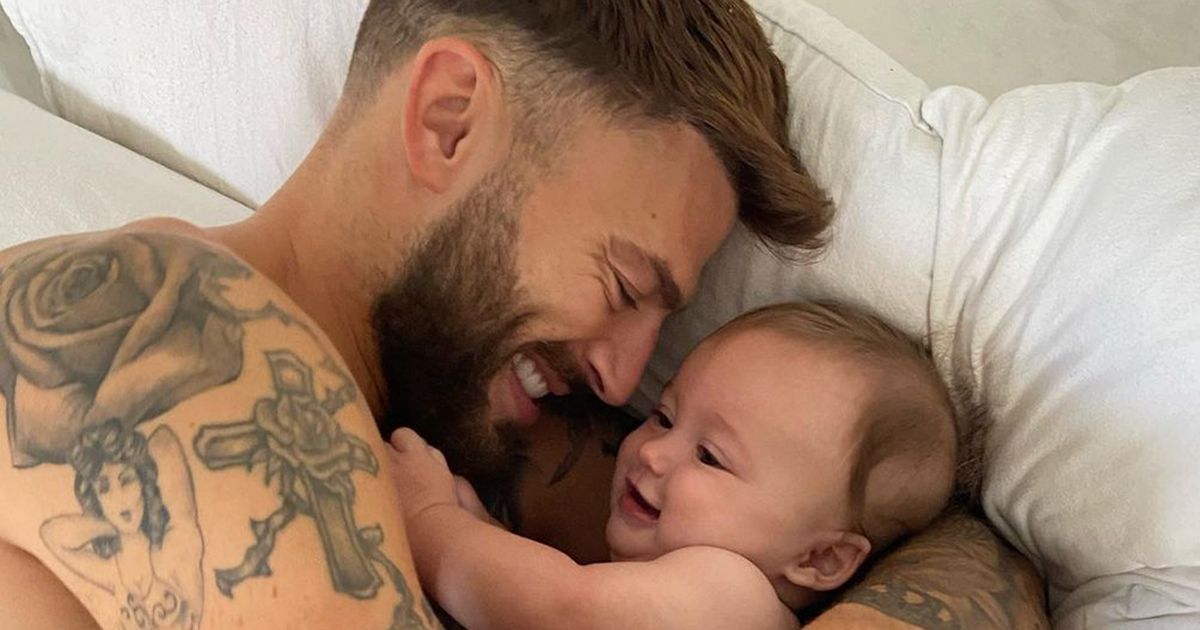 Jake Quickenden has been left sickened by disgusting social media trolls who told him to drown his own baby.

The former I’m A Celebrity Get Me Out Of Here! and X Factor star shares six-month-old son Leo with fiancée Sophie Church.

But speaking on today’s Good Morning Britain show, Jake revealed he just can’t understand the vile abuse that himself and other celebrities get these days.

“I can’t get my head around it myself but again, maybe it’s just the way I look at things,” said Jake.

“I say, ‘they must be going through really hard times’ so rather then feel sorry for myself, I actually felt really sorry for them and that they’re alright because who would do that?

Jake and his family have endured harrowing online abuse

“I’ve got my own family now who I want to impress – I want my son to look up to me and know his dad is doing well.

“[But] I think the worst thing they said was, ‘drown him, you should drown him’. You can’t get your head around that.”

GMB host Sean Fletcher asked Jake how he responds to such nasty comments.

And Jake, who is currently starring in the new series of Celebrity SAS: Who Dares Wins, replied: “I usually swear but I can’t say what I say on here.

“I think at the beginning it really got to me, but the more I sat back and thought, ‘there must be something going on here there’s deeper issues here’.

Jake and his six-month-old son Leo

Jake is currently starring in the new series of Celebrity SAS: Who Dares Wins

“You kind of just have to brush it off and move forward and that’s what I always try to do”.

Reality TV star Jake also dazzled on Dancing On Ice, but found himself bombarded with vile tweets from an account called ‘Jake Quickenden’s baby is ugly’.

One horrendous tweet from the account, which has since been deleted, called for his son to die, claiming he was ugly.

Jake contacted the police to have the posts removed, with many of his social media supporters also left angered by the sickening abuse.

And he told his fans at the time: “Thanks guys, you know what I can take some test giving me s**t, but there’s a line you don’t cross and wishing death on a baby is just crazy behaviour .

“Whoever is behind it needs locking up, how in 2021 can we not find out who are behind these fake accounts!”

Many fans showed their disgust and Jake replied directly to one and said: “Yeah mate mad some sad jealous weirdo with nothing going for them so they wish death upon my baby.

“This is why social media needs to do more, I wish I could find out who it was.”

Jake, Sophie and their son have been subjected to a staggering amount of online abuse since Leo’s birth in February of this year.

Jake proposed to Sophie on holiday

And Jake, 32, didn’t hold back in venting his anger at how trolls can be so cruel, with a statement on the harrowing times he and his family were forced to endure.

“You can be the strongest person in the world but eventually people pulling you down and being sick can wear you down,” he admitted, in the post which has since been deleted.

“I don’t understand why anyone would be nasty to someone they didn’t know especially a child I’m done with some things I’ve seen!!!