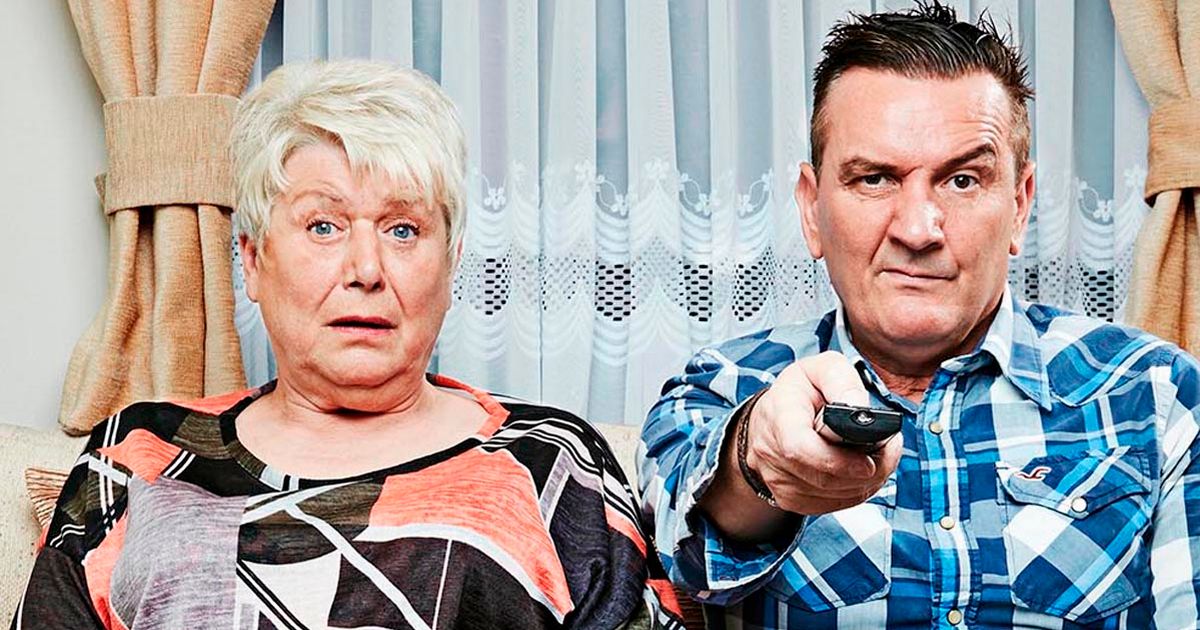 The 65-year-old professional couch potato appeared to be in the midst of a game of Speak Out – the hilarious board game which involves participants speaking phrases while having their mouth held open by a plastic device.

While it might be unclear to many exactly what Jenny was saying, her message to 52-year-old friend Lee left many in hysterics as she slurred and wheezed out a greeting.

The message itself seemed to have been sent to Lee, and his boyfriend Steve Mail, directly – but the TV star promptly uploaded the message to Instagram for fans and followers to watch too.

Sharing the footage, Lee wrote: “When Jenny sends me and Steve a Christmas message to us in Cyprus think the drinks have kicked in.”

The footage showed Jenny with her mouth agape and wearing a bright pink festive jumper.

She could be heard saying: “Hiya Lee and Steve.”

While other barely distinguishable comments included: “I’d just like to wish you a very happy Christmas and a Happy New Year,” and: “I’ll see you soon.”

Lee is enjoying a holiday abroad with boyfriend Steve
(

Meanwhile, members of the wider Gogglebox family also commented on the post, with Mica and Marcus typing: “Happy Christmas guys love from Mica and Marcus.”

And Ellie Warner commented: “Happy Christmas to you both.”

Jenny and Lee are favourites for many Gogglebox fans
(

Lee and Steve are currently enjoying a luxury break in Cyprus where they are staying at the 5-star Merit Crystal Cove Hotel.

The duo have been making some followers green with envy as they have been sharing sun-soaked photos from their trip.

Sharing a selfie via Instagram last week, Steve wrote: “Merry Christmas everyone hope you all have an amazing day love and best wishes from sunny Cyprus.”

One jealous fan responded to the message to write: “It’s bloody freezing here in the UK. I’m so jealous. You both look amazing.”

Another typed: “Wow! Looks amazing! How lucky you both are. Have the best day ever.”

And a further fan wrote: “Merry Christmas you too. Enjoy the weather.”

Lee himself had also shared a festive message for fans and followers via the photo sharing app.

He typed alongside an image: “Next stop sunny Cyprus and home for the festive season. We wish each and everyone a very merry Christmas and a happy healthy 2022.”