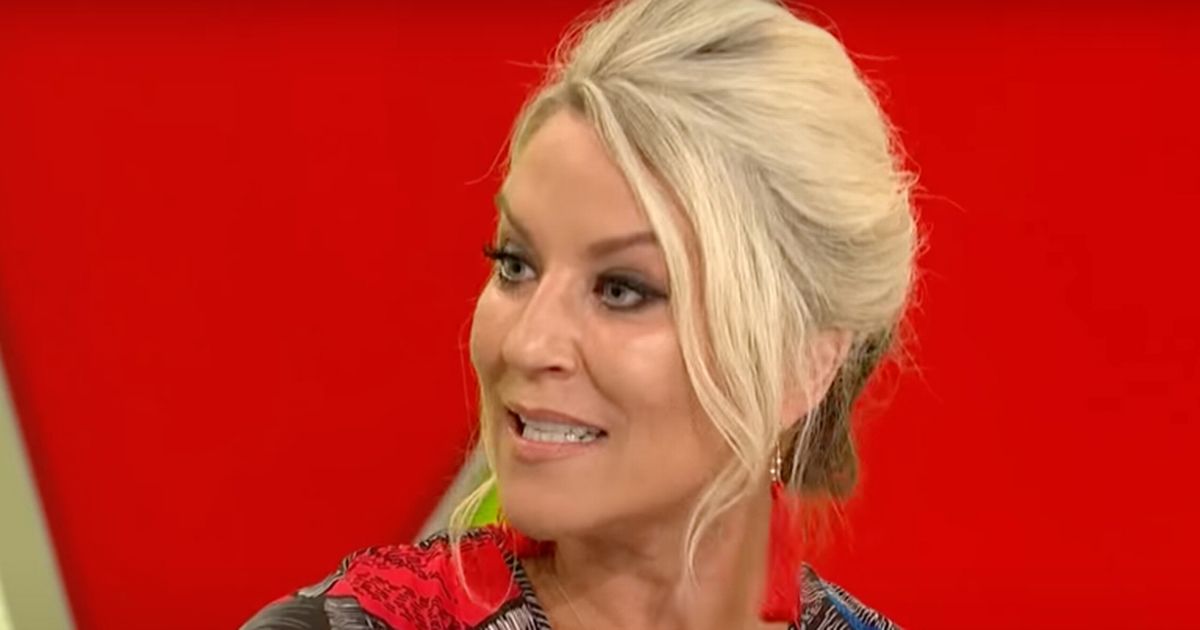 Footballers’ Wives was a huge hit for the majority of it’s five-season stint between 2002 and 2006.

The drama which followed players of a fictitious Premier League football team and their wives drew in huge crowds in its heyday as fans were glued to the sensational drama that unfolded.

Zoe Lucker, who has also starred in EastEnders, was a huge part of the show as she played the wife of Earls Park’s captain.

Her character was primarily intent on getting husband Jason to keep his mini-Jase in his pants, but the calculating star plotted, manipulated and connived her way to the top of the pecking order.

However, she dramatically left the show during season four and viewing figures quickly plummeted.

The quick downturn in audience meant producers had to pull out all the stops to get one of their star attractions to return.

Zoe Lucker starred as Tanya on the hit drama

And speaking to Digital Spy, the 47-year-old has revealed exactly what made her go back to her role.

She said: “I worked with Joan Collins in season five. She’s literally my icon. I was in New Zealand at the time and the exec producer, because I’d left halfway through season four, he rang me.

“I was touring in New Zealand and he said, ‘How do you feel about coming back if Joan Collins was your nemesis?’ And I just thought well, that’s a no-brainer.”

The actress admits starring alongside the Dame is still a highlight of her career to date and she labelled the star ” brilliant and funny and lovely” before saying she’s “just such a talent”.

In a recent interview with the Radio Times, Zoe confessed that she would be reluctant to return once more to the character and all the high heels and acrylic nails that come with it.

The news is sure to be a disappointment to those who were taken in by the flurry of rumours that the show was set to be revived following the past series’ arrival on Britbox.

She said: “The thing that would worry me is, what if it wasn’t as good? I always panic about that.

Zoe starred alongside the likes of Hollyoaks actor Gary Lucy on the popular drama.