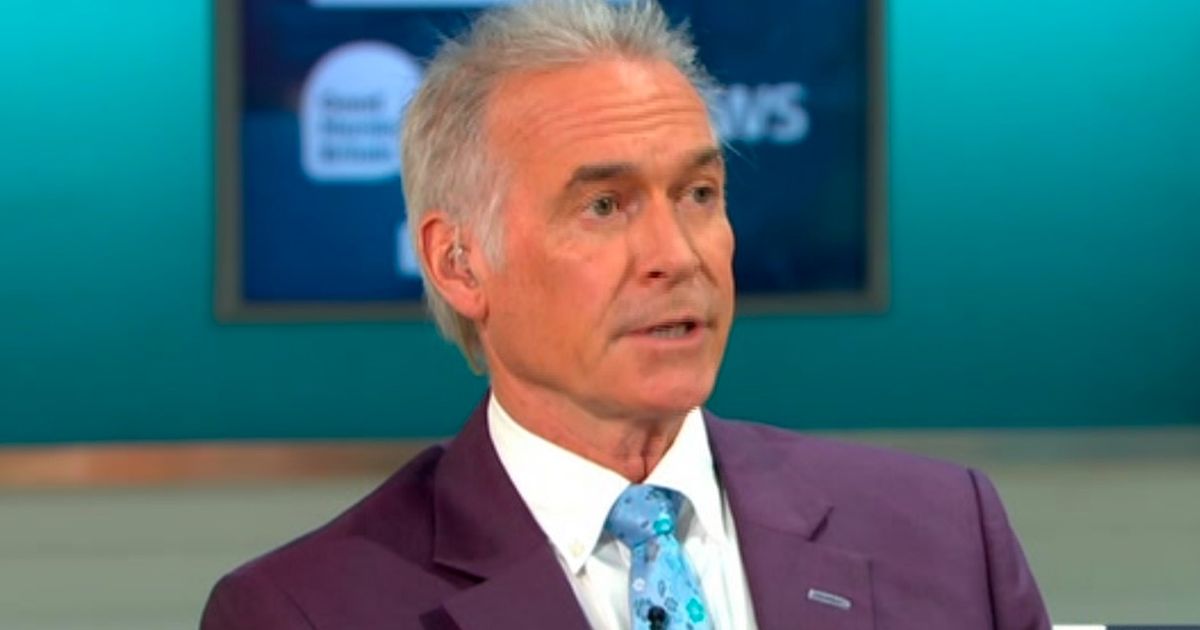 Good Morning Britain’s Dr Hilary Jones responded to the government possibly relying on the vaccine alone, ahead of the Covid winter plans for England being unveiled on Tuesday

Dr Hilary Jones has shared his concern about reliance on the coronavirus vaccine ahead of the government’s winter plan for England being unveiled, after differing reports on whether lockdowns and restrictions could be implemented.

The government and Prime Minister Boris Johnson are expected to make an announcement on Tuesday, about their Covid winter plan for the country.

After coronavirus cases, hospitalisations and deaths rose last winter, with more lockdowns implemented to stop the spread, it’s been said the government are planning to avoid any more lockdowns this time around.

Setting a plan in place to help keep cases and hospitalisations down in the coming winter months, the government are set to announce their planned strategy that could allow people to live “normally” with no restrictions.

With talks of a winter booster jab for over 50s too, it appears as though the vaccine and its positive results, in terms of its success in helping to keep hospitalisations down, could be behind their yet-to-be revealed plan.

The plan is also thought to include contingency measures that might need to be used if the NHS becomes at risk, and if cases rise sharply again – while reports also suggest some existing measures may be scrapped in the plan.

But Dr Hilary warned of relying so heavily on the vaccine, despite its huge success.

Host Richard Madeley had read out the latest figures
(

Speaking on Good Morning Britain on Tuesday, the doctor shared his concerns about things possibly changing again in six months if antibodies in particular stopped having an effect.

Suggesting people could lose protection as time goes on, while recommending the winter jab, he had his say on why the booster vaccine may be “crucial” to keeping people protected.

Host Richard Madeley had read out the latest figures that “only” 59 fully vaccinated people without underlying health conditions died from coronavirus this year in England, out of more than 50,000 deaths.

Dr Hilary warned of relying so heavily on the vaccine, despite its huge success
(

Richard suggested this made it “tempting to say game over”, despite the government apparently warning the virus was not going anywhere.

Guest and The Mirror’s associate editor Kevin Maguire said it was like the Prime Minister was “putting all his eggs into the vaccination basket” which Hilary agreed.

Hilary then told GMB hosts Susanna Reid and Richard: “There’s two caveats: Firstly that we don’t see any new variants which are resistant to the vaccine, and secondly antibodies and immunity doesn’t wane, that it doesn’t fall off a cliff after six months.

“We don’t yet know that, so antibodies alone… measuring those can be misleading because there are things called T cells B cells which are memory cells, which produce antibodies quickly if you’re re exposed.”

Richard asked whether said antibodies could “carry the load” and protect people against the virus if cases were to rise again in winter.

Hilary responded: “It’s hoped so, but we don’t yet know.”

Richard then suggested the booster vaccine may be a crucial part of the plan, to which he said: “It will be.”

Hilary added that it isn’t known whether the third jab would offer a longer protection than the previous vaccines, but it was “likely”.