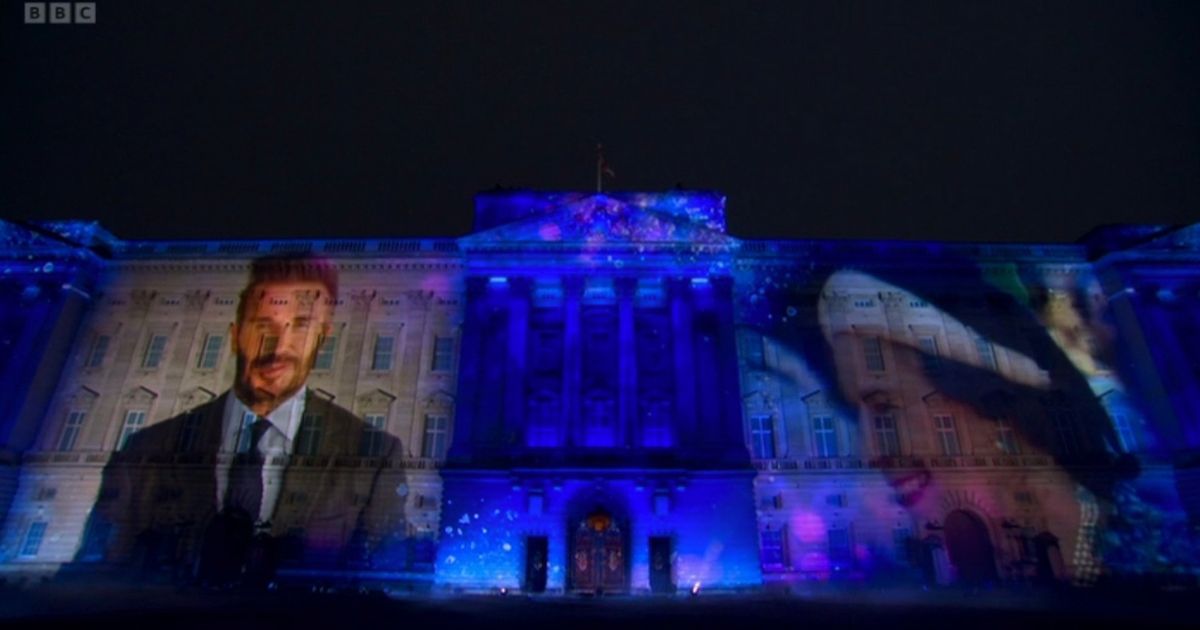 David Beckham was among those who paid tribute to the Queen as part of the Party at the Palace concert, which has been broadcast on the BBC tonight, to celebrate the Platinum Jubilee

Party at the Palace: Elton John puts on poignant performance

David Beckham expressed his admiration for the Queen earlier this evening in a video message that was beamed onto Buckingham Palace for the Platinum Jubilee.

The former footballer, 47 – who received an OBE in 2003 – was among the celebrities who paid tribute to the monarch in the Party at the Palace celebrations on BBC tonight.

He said in his message to the Queen: “For 70 years you have worked so incredibly hard, not just for the people of this country but also for the whole commonwealth.”

“Thank you ma’am for your dedication, your service and for everything that you represent,” he continued. David concluded by saying: “Our country owes you so much.”

His video message was part of a sequence that saw projections illuminated onto the side of Buckingham Palace amid performances by the likes of Sir Elton John, 75.

David had paid tribute to the Queen in a post on social media earlier this week, with the former Manchester United player among the celebrities marking the jubilee recently.

He wrote in a post on Instagram a few days ago: “Today, we celebrate our Queen’s Platinum Jubilee. 70 years of service and inspirational leadership of our country.”

David continued the post on social media by saying to fans: “Let’s come together and commemorate her remarkable reign with a great British party these next few days.”

The celebrations have included street parties across the country and the Party at the Palace concert tonight – which featured David’s video message for the Queen.

The televised event had promised viewers “a spectacular evening of entertainment,” with a number of acclaimed performers having taken part in the celebration.

Among those who took to the stage was Jason Donovan, 54 – who donned the iconic jacket from Joseph and the Amazing Technicolour Dreamcoat for a musical number.

His performance of Any Dream Will Do – around 30 years since he played the title character at the London Palladium – impressed viewers of the concert, broadcast tonight.

It also featured a message from Spice Girls alum Geri Horner, 49 – who paid tribute to the monarch in a video message, describing her as “kind, loving and strong”.