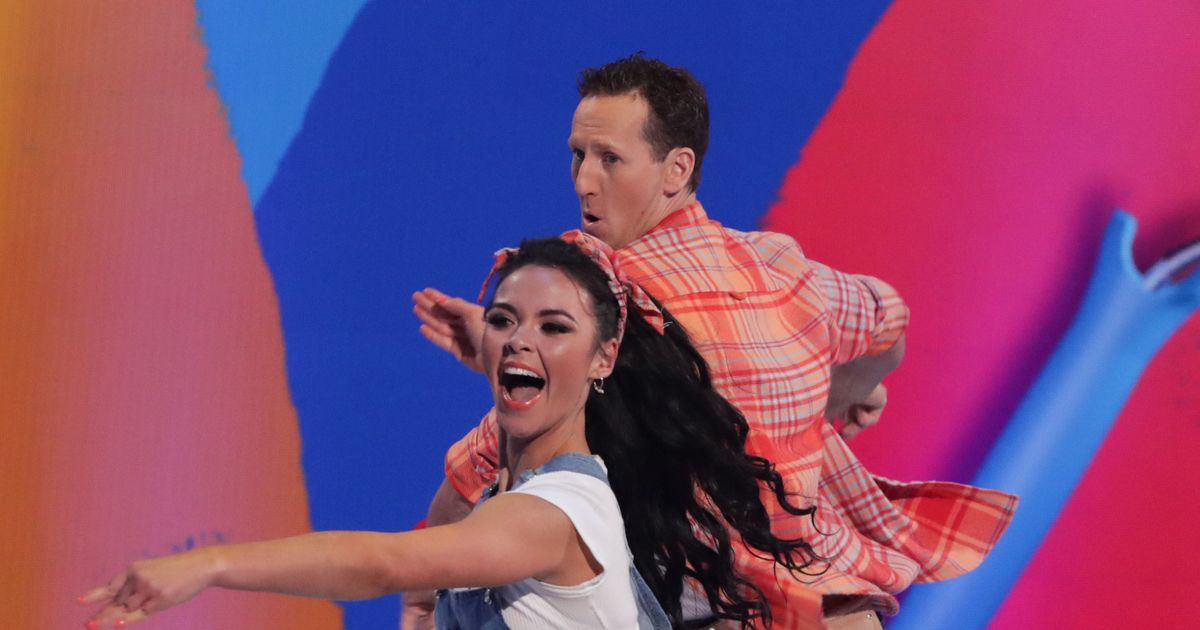 Brendan Cole, 45, accidentally dropped skating partner Vanessa Bauer, 25, during training. The pair rolled around on the ice laughing after they slipped over.

Holding multicoloured umbrellas, the pair spun together before crashing onto the ice as they ironically skated to Harry Styles’ track Falling.

Vanessa shared the clip on her Instagram : “Props week on @dancingonice – song reveal sums it up.

“Nah I’m super excited to perform with @brendancoleinsta again this Sunday and couldn’t be happier with the song we got given!

“Lots more training to put in but hopefully you will like what B and I have created.”

Brendan cradled Vanessa as he spun on the ice before he slipped and the pair fell onto the floor.

Brendan Cole and Vanessa Bauer fell over during training
(

Luckily for Vanessa her skating partner cushioned her fall before they embraced on the ice.

Brendan recently chose to skate with a male skater – Brendyn Hatfield – for the first time after Vanessa was forced to pull out of the show after testing positive.

He said how he “took the chance” to perform with a man, adding that he didn’t want to “disrespect” Vanessa by skating with another woman.

He’d previously said on Loose Women: “Vanessa had a positive test and has to isolate this week. It would have been disrespectful to Vanessa to dance with another girl. She’s my girl.

As Brendan turned he lost his balance
(

The pair came crashing down to the ground
(

“And the opportunity came to have a male partner so we took it. We work well together me and Brendyn, there is power on the ice. I have had a great week with Brendyn.”

Brendan has been met with backlash from fans who feel his dance experience has given him an advantage.

He agreed, and said: “Absolutely it is easier, you can pick up choreography easier and can do lifts too. The others probably feel disadvantaged. There are five dancers on the show who have previous experience.”

Brendan and Brendyn were the second all-male pairing, after Step’s Ian ‘H’ Watkins’ and Matt Evers made history on the show in 2020.

They saw the funny side and luckily no one was hurt
(

Speaking of how she was forced to miss the show, Vanessa said: “I’m disappointed that I have tested positive for Covid and won’t be able to perform with Brendan for Musicals Week.

“But I am excited that Brendan gets to skate and challenge himself with an incredible fellow pro and friend in Brendyn.

“I have no doubt they will absolutely smash this Sunday. I’m looking forward to returning to the competition to showcase more creative routines.”

Brendan teamed up with Brendyn while Vanessa was away
(

The two men scored the first 10 of the series with their performance to Beggin’ by Frankie Valli and The Four Seasons from Jersey Boys, for Musicals Week.

They pulled off a series of spins, manoeuvres and didn’t appear to make any mistakes in their routine.