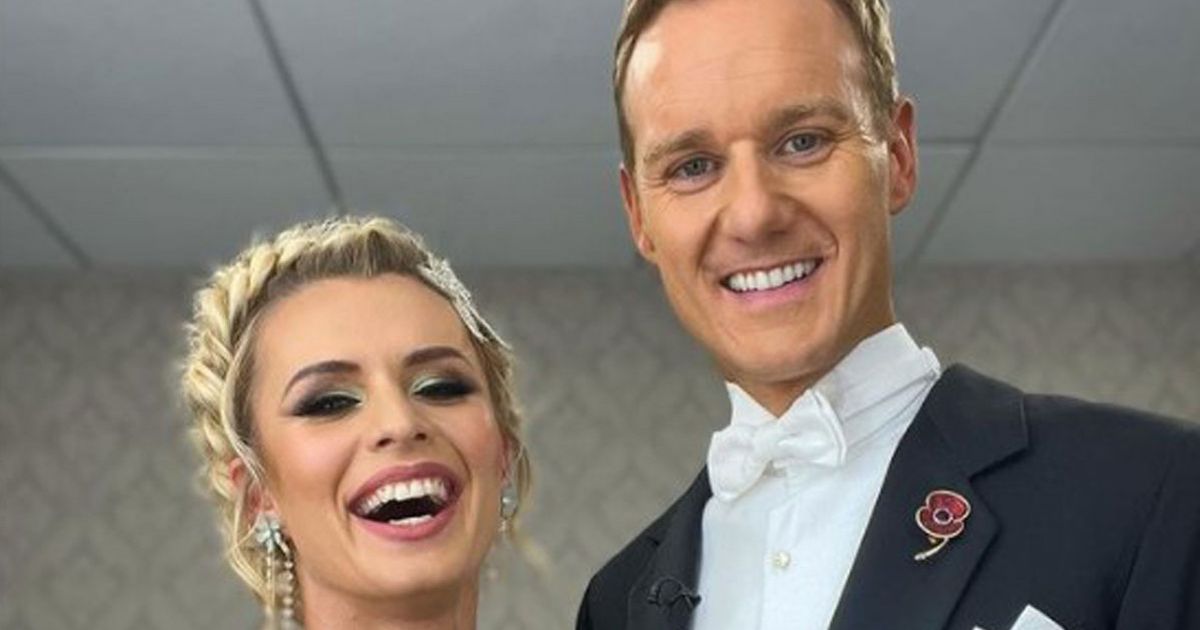 Many Strictly Come Dancing viewers were left battled on Sunday evening as Dan Walker avoided being in the bottom two again, with Sara Davies going home instead

Dan Walker has reminded Strictly Come Dancing fans that ‘it’s just a TV show’ after he survived another week of the competition.

Some viewers were left battled on Sunday evening as the BBC Breakfast presenter avoided being in the bottom two again.

Instead, Dragons’ Den star Sara Davies was sent home after going head-to-head with Tilly Ramsay in the dreaded dance off.

Fans rushed to Twitter to question who was voting for 44-year-old Dan and felt that he deserved to be in bottom two following his latest performance with partner Nadiya Bychkova.

Perhaps expecting a backlash, Dan decided to have his say on the social media platform too.

Alongside a photo of him and 32-year-old Nadiya, he wrote: “Please don’t shout at me,” followed by a laughing emoji face.

“I’m having an amazing time, my kids are delighted & it’s only a TV show!” he continued.

“For those asking, I don’t know who is voting for us (probably not Craig) but we’re incredibly thankful to everyone who is. See you next week. Can’t wait.”

Dan was referring to Strictly judge Craig Revel Horwood, who decided to score him and Nadiya a four for their American Smooth on Saturday night.

“It’s been great to get to know her & our Friday nights and Saturday breakfasts will be sorely missed. She has time for everyone & is a real star who cares for all around her,” he added.

Sara looked gutted when she realised she was out of the competition and told host Tess Daly: “I had no idea any of this was in me. It’s been a life changing experience and one I’ve loved every second of.’”

Aljaz was then asked if he had any words for his partner and replied: “I feel like from that day we met under the Angel of the North, I was so pleased to dance with you this season.

“Honestly, I wouldn’t want to dance with anybody else. You have been an absolute joy and a testament to hard work – not just on Strictly but with your business and you’re a beautiful mother.

“Thank you for letting me spend so much time not just with you, but with the whole family, the Davies’s that are here tonight, all of the little ones at home.

Sara then responded: “[Aljaz] is one in a million. I tell him every day and this wouldn’t have been the experience it was, if it wasn’t for him.”

Strictly Come Dancing continues on Saturday at 6:35pm on BBC One.