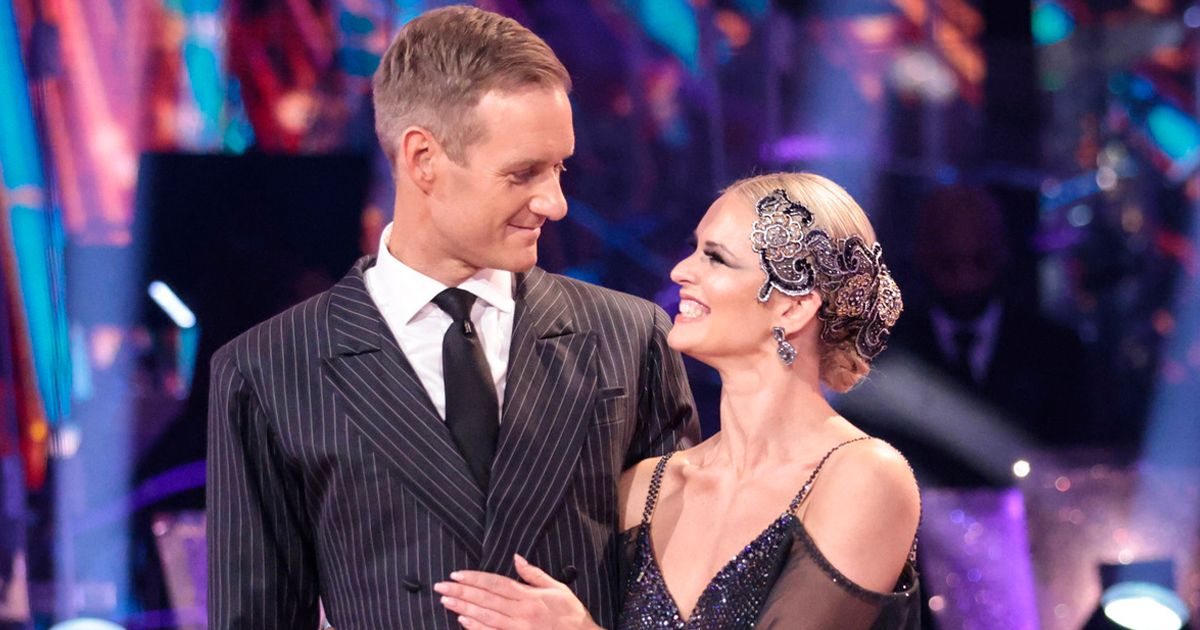 The 44-year-old is reported to have said he felt “a lot better” after having a cuddle with Nadiya Bychkova, 32.

The dancing duo shared the sweet moment backstage, with The Sun reporting that Dan said: “I just needed to give somebody a hug. I needed to release emotionally from everything I’d been bottling up in the week.”

Dan, who has been married to Sarah Walker since 2001, had been left upset by a friend’s death and due to Covid restrictions sought comfort from his dance partner.

The current Covid rules prevented the star from touching any other people on the production, with Dan crediting that as the only reason they were spotted embracing.

He said: “There was only one person I was allowed to touch in the entire production that night and that was my partner.

“I needed somebody to give a hug to, and that was literally it.”

Nadiya said “nice things” to her dancing partner during the moment of comfort, with Dan citing the kind gesture as something everyone needs at times.

Gossip quickly spread after the two were spotted hugging that it could be a result of the notorious Strictly Curse, with suggestions that it could mean trouble in paradise for Dan and his wife Sarah.

The couple share three children, Susanna, Jessica and Chuck, and have been married since 2001.

Dan has insisted that there are no grounds to the rumours of romance sparking up between him and Nadiya, with him dubbing it “disappointing” that it was being said around the show’s set.

Speaking to The Sun, he confessed to bottling up his emotions in an attempt to get through the “busiest week [he’d] ever had in [his] life”.

He was left upset after filming a Football Focus special for the ten year anniversary of the death of his friend, Gary Speed.

The Welsh football player died just hours after appearing on Football Focus with Dan, and the upsetting loss has stuck with him since.

People who had similarly lost loved ones got in touch with Dan, including Gary’s sister, with positive messages of how he had handled the delicate subject.

He dubbed the rumours launched from the moment of solace “disappointing” and “not nice”.

He said: “The rumours about us were . . . disappointing. I know these happen every year on Strictly, and there have been instances in the past of the so-called curse, and it’s just telly. But it’s just not nice.”

Last year Dan admitted that he wondered if he could have prevented his friend’s death, which he said “eats him up”.

Speaking on the Headliners podcast he said: “Could I have said something to him that day? “Now, was I a good enough friend to him, could I have spotted something?

“And I’ve been through every conversation, virtually every word, I can remember verbatim what we spoke about on that Saturday.”