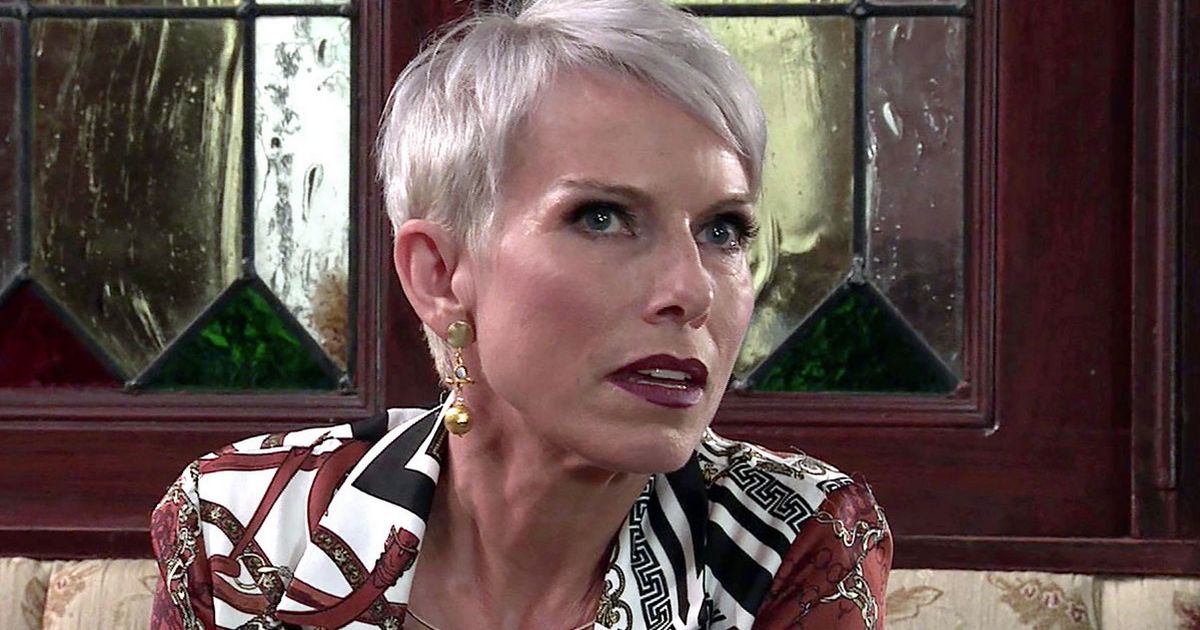 Corrie’s Debbie Webster unknowingly leaves lives in grave danger next week, when she puts her business before the residents during an emergency

Coronation Street’s Debbie Webster could be left with blood on her hands, as her actions leave people in danger next week.

Desperate for her halloween event to go ahead despite an emergency on the street, she advices customers there is nothing to worry about.

Of course there is a sinkhole slowly swallowing up the street, with several residents left injured and trapped in upcoming scenes.

So when she and Ryan Connor notice a huge hole where their electricity generator once stood, Ryan is keen to evacuate everyone out of the area.

But Debbie is furious and desperate to keep the night running, putting her venture before the lives of her neighbours.

As chaos unfolds on the street, and in the halloween venue itself it seems, she encourages people to stay and tells them there is no need to leave.

But will she live to regret the claims, and will she be left with blood on her hands if someone was to get hurt or even die because they didn’t leave?

This remains to be seen, while several characters are confirmed to be in serious peril with the ground opening up beneath them.

Abi Franklin and Corey Brent appear to be in the horror maze when they crash to the sewers below.

Elsewhere, and Johnny Connor battles to save estranged wife Jenny when the ground caves in beneath her, taking her with it.

It’s not long before Shona Ramsay makes her way down a manhole, trying to save those injured and trapped – with Roy Cropper also on hand.

Then there’s Leanne Battersby and evil criminal Harvey, who has returned to the street to kill her.

After tying her up and gagging her Leanne appears to make an escape into the halloween event, and Harvey sets chase.

But it seems one of them or maybe even both of them will become trapped too, when the ground opens up.

It is not confirmed how seriously the residents are injured but it has been confirmed there will be a death.

Who it is that dies remains to be seen – and it is also top-secret as to whether more than one resident will suffer a grisly end.

Away from the street, four other residents face danger thanks to Harvey’s comeback.

Dev Alahan and his children Asha and Aadi are crashed into, while sat in their stationary vehicle, by Harvey’s prison truck.

As Harvey makes his big escape, he attacks mechanic Kevin Webster and leaves him motionless on the ground before stealing his truck.

Meanwhile as Harvey heads away, Dev has to choose who to get out of his smashed up car first between his twin children.

Believing Asha to be most in danger, he manages to carry her to safety only for the car to seemingly explode with Aadi still trapped inside.

Will the teenager survive, as residents are taken to hospital?