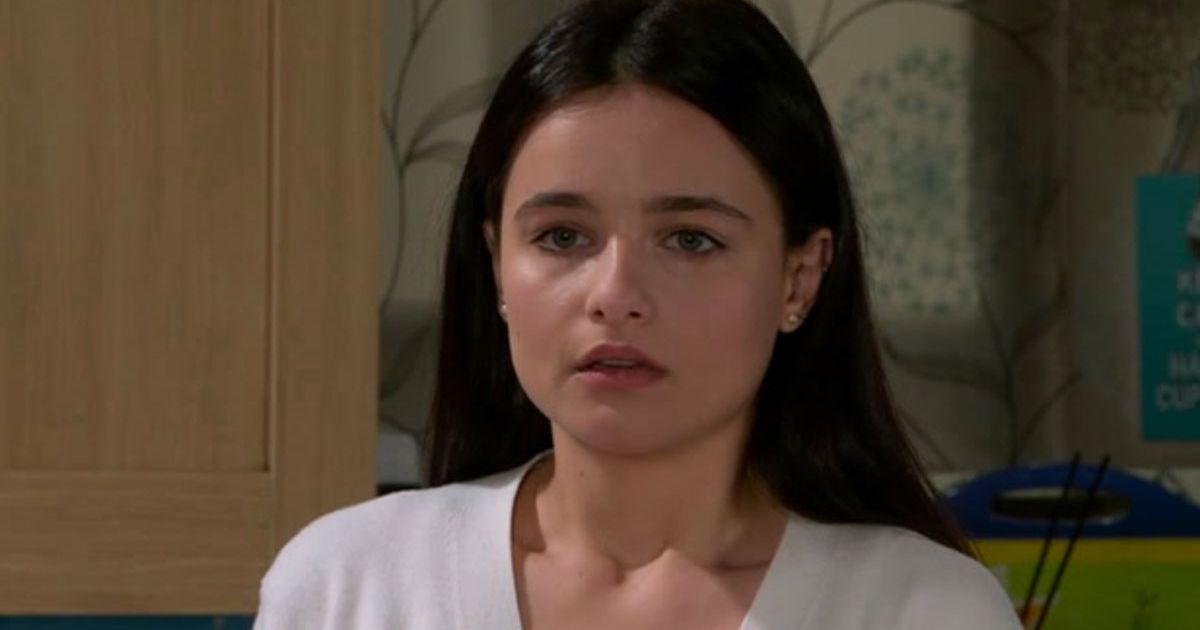 Coronation Street: Hope apologises to Alina about the fire

Alina Pop has made a dark discovery about Hope Stape on Coronation Street.

The romance between Hope’s adopted dad Tyrone Dobbs and Alina Pop has proved massively difficult for Hope as it ended his romance with Fiz State.

Hope went on to start a fire in Alina’s home which ultimately caused Alina to be harmed and miscarry her and Tyrone’s baby.

Despite this, Tyrone went on to propose to Alina – albeit accidentally and after kissing ex Fiz- meaning they were trying to move on as a family.

On Wednesday, Hope had another outburst about Tyrone and Alina’s relationship but later went on to apologise.

Returning to Fiz’s house with Hope, Alina revealed they had had a breakthrough as Hope had apologised.

Hope then revealed how sorry she was for the fire and for the previous ones she had started.

This shocked Alina as she had no idea about Hope’s history of arson and said it “changes everything”, while Fiz tried to downplay what had happened previously.

Hope eventually apologised for the fire that ended Alina’s pregnancy
(

Despite Fiz trying to assure Alina that Hope would not act like this again, Alina was angered by Fiz and Tyrone hiding secrets from her.

Returning home with her blood boiling, Alina was left questioning everything due to the “lies and secrets” that he and Fiz keep.

Accidentally thinking Alina was talking about his kiss with Fiz, Tyrone was shocked to realise it was about Hope.

Alina revealed her anger at Tyrone’s secrets and lies
(

Tyrone then confessed to kissing his ex, Fiz Stape
(

Alina questioned how many more secrets Tyrone was keeping from her.

Tyrone said: “I’m so sorry, you don’t deserve any of this.”

After Alina admitted she questioned their future, Tyrone confessed he did not mean to hurt her but admitted to kissing Fiz behind her back.

Will there be any going back for Tyrone and Alina?

*Coronation Street airs on Mondays, Wednesdays and Fridays from 7.30pm on ITV with previous episodes available on ITV Hub.