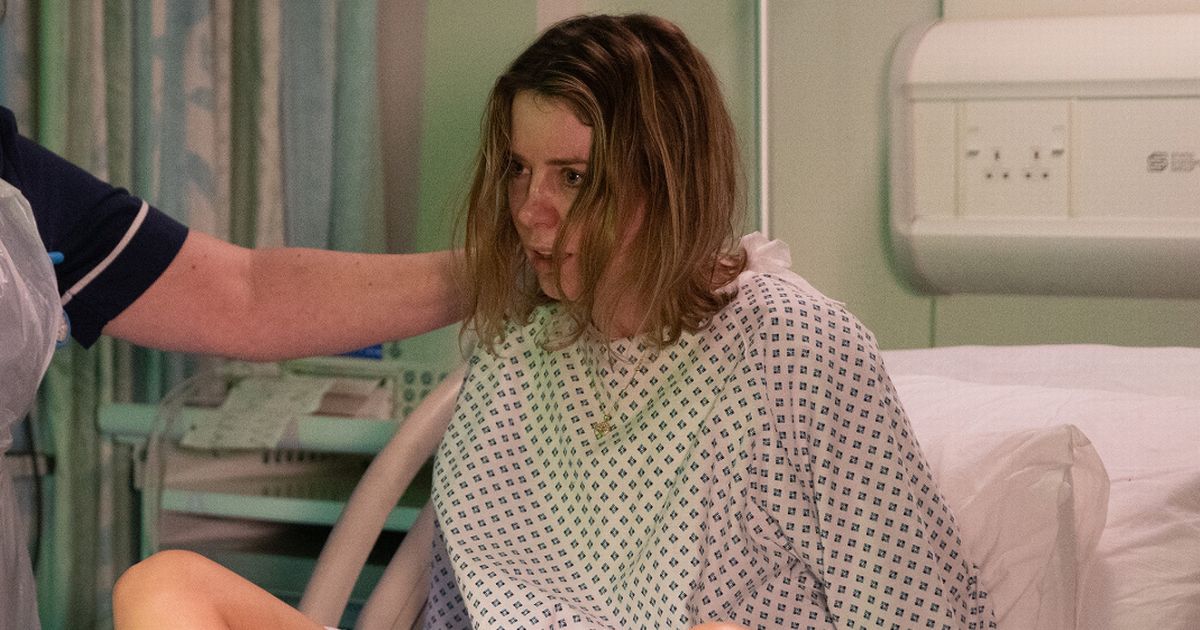 Coronation Street aired a huge twist on the ITV soap on Sunday night, as Sally Carman’s character Abi Franklin went into labour unaware she was even pregnant

Abi will be rushed to hospital after initially collapsing in agony at the roadside in a previous episode, after drama with drug dealer Dean.

Fans of the ITV soap were gobsmacked though when Sunday night’s episode ended with Abi realising that she was in labour, declaring she was having a baby.

The character has turned to drugs again following her split from husband Kevin Webster, after he rumbled her recent affair – but he remains unaware it was with Imran Habeeb.

But viewers were left stunned as the character realised the pain she was experiencing was her going into labour, after a surprise pregnancy.

Abi had no idea at all she was pregnant, with actress Sally explaining to The Mirror and other press that there were no signs to suggest she was.

With there being no physical signs, with no baby bump, it’s only when she experienced the pains that the mother of three realised what was happening.

Sally explained: “There weren’t any [signs] so she initially had a period after not having any for a while. She thought she could be pregnant but then had a period so was like, ‘Oh I’m not,’ and that’s that.

“Because there has been so much more stuff going on, she’s trying to get her relationship back on track, that’s what has preoccupied her.

“It was pushed to the back of her mind but it did not occur to her that it could possibly be a pregnancy, considering she was having periods again so there weren’t any signs. She did not put weight on, there was just nothing.”

Corrie spoiler: Abi forced to tell midwife about drugs bender as she goes into labour

On the moment Abi realised she was in a dangerous situation, the actress added how it took a while for Abi to realise what was going on.

She explained: “Well this is the brilliant thing about Abi, for all of life’s knocks she’s such a fighter and because she’s got such a big heart, if there’s a grain of hope or a crack of light she will dive for it.

“In this instance when she is on the side of the road after being in a car kidnapping, she’s got two choices and it doesn’t occur to her to lay down and think, ‘this is it.’

Abi had no idea she was pregnant

“It does take a while before she realises this is what is happening, she’s having a baby, because she thinks it’s back ache or that she’s slept funny, but it’s contractions. Because she’s had three children she’s gone, ‘Oh I know this!’