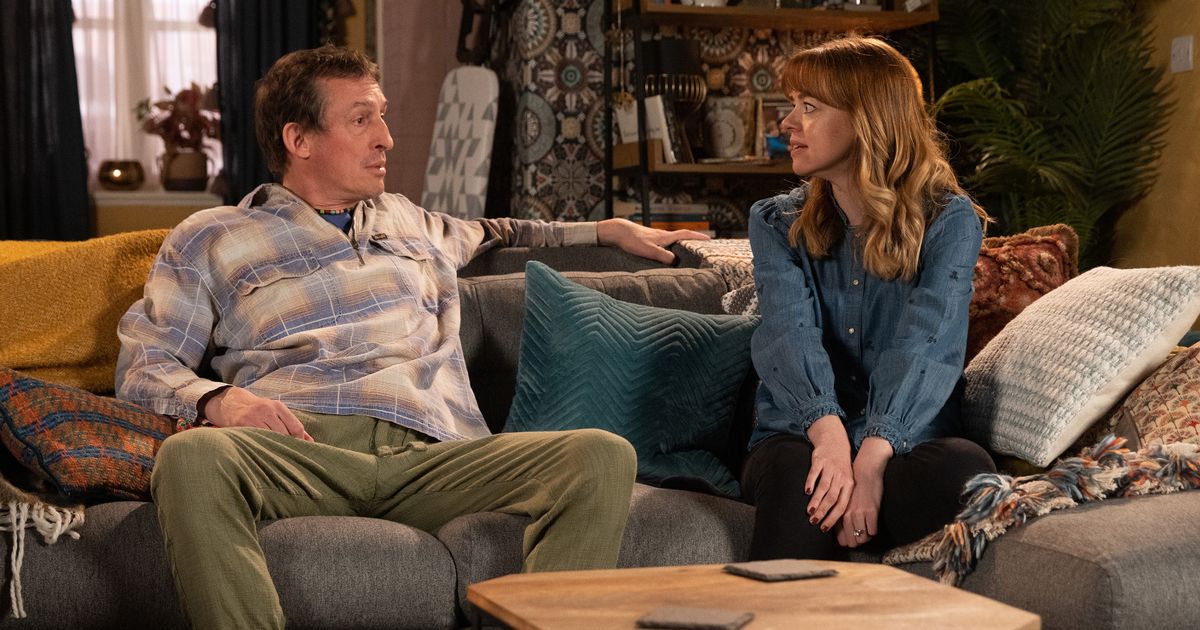 Coronation Street: Toyah is shocked as Spider returns during protest

Coronation Street’s Toyah Battersby gets closer to her ex Spider Nugent on the ITV soap next week, leaving her sister Leanne Battersby in the lurch.

Martin Hancock returns to the cobbles this week as Spider, after 19 years away, with his reappearance coming as ex-girlfriend Toyah faces troubles.

Toyah is currently on bail after she was arrested in relation to late husband Imran Habeeb’s death, but she is headed for more trouble next week as she grows closer to Spider.

This week sees Toyah begin a protest against waste incineration as she struggles with Leanne’s lack of faith in her.

As Leanne insists on helping Toyah with her plans, she invites her to the protest and the group manage to block the council bin wagon, before Toyah leaps into the cab of the wagon.

Toyah is keen to get involved in the plan.

Then, she’s in for a shock as a man suddenly jumps into the vehicle next to Toyah: her ex-boyfriend Spider.

ITV spoilers have now revealed Spider will break news to Toyah next week: he and his fellow activists are planning to occupy the disused Nuttall’s Brewery premises as a base of operations.

While she is slightly wary of risking another rest while still on the police’s radar, Toyah is keen to get involved in the plan.

Later on, Toyah realises there is still a way she can help the operation and hatches a plan to get hold of the key for the brewery building from the desk at the Bistro.

But the next day, when Debbie (Sue Devaney) realises the key has gone missing, she wonders if Toyah was responsible.

When Leanne (Jane Danson) finds out what happened, she initially leaps to her sister’s defence, only for Toyah to reveal it was indeed her.

When Leanne learns the key has been given to Spider, she’s horrified

When she learns the key has been given to Spider, she’s horrified and points out that Toyah could get in serious trouble.

Will Toyah continue to put her future at risk as she joins Spider for these upcoming protests?

Later in the week, there’s a reminder for Toyah of recent heartache when she asks Saira if she can have some of Imran’s ashes to keep at home.

But she reveals that her son is already buried – and also accuses Toyah of murdering Imran.