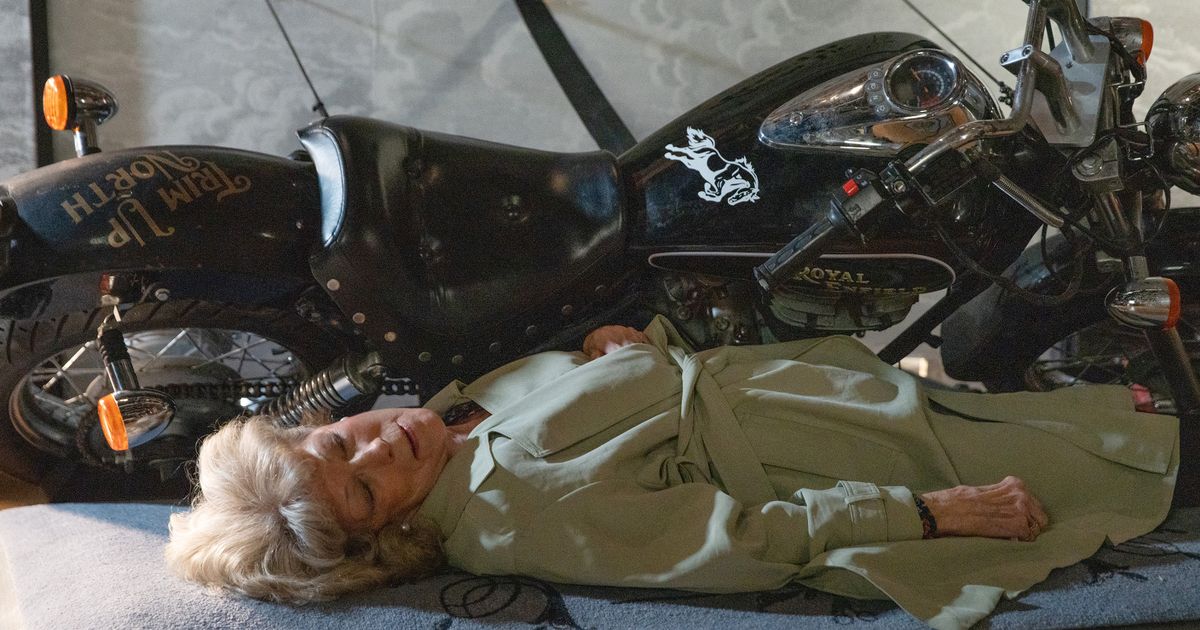 Coronation Street’s Audrey Roberts’ life hangs in the balance after a horrible accident on the Cobbles next week, as someone from her past returns just in time for it all to happen

Coronation Street’s Audrey Roberts’ life hangs in the balance after a horrible accident on the Cobbles next week, as someone from her past returns just in time for it all to happen

Coronation Street’s Audrey Roberts will be rushed to hospital after a horror accident next week.

The Cobbles legend – played by Sue Nicholls – has been enjoying trips to the Rovers Return recently, and when Rita finds her in the Rovers in the morning, enjoying her first drink of the day, she tries to encourage her back to work.

David Platt is less than impressed that his nan is coming back to work, but soon she causes even more issue as she opens the wine and flirts up a storm with Ryan, who is booked in to have a cut at the salon.

As David tells Audrey to go home, she tries to grab her coat but ends up tripping on the elephant and ends up falling on the floor. Maria also tries to encourage her to go home, especially when she sees Audrey playing table football with Ryan.

Not knowing what else to do, Gail comes to try and talk some sense into Audrey, but as chats turn to her drinking, an angry Audrey says she is moving back home with immediate effect.

At the barbers, things take a worrying turn as Audrey staggers into the motorbike, making it fall. It knocks her over and she’s left lying there and in desperate need of some help – but no one’s around to hear her.

The following episode, Audrey is seen lying in the barbers – having been there all night. But soon Brian and Elaine – who are passing by – hear a weak cry coming from the barbers and he rushes to get some help.

It is then that Stephen Reid – Audrey’s son – appears in a taxi and immediately breaks down the door, worried for his mum, who he finds lying barely conscious on the floor of the barbers.

The Platts, meanwhile, are having a meeting about what to do about Audrey, chatting to Peter Barlow and asking his advice on how to help the family’s matriarch through her drink problem.

Gail is left feeling guilty over what happened
(

As Brian tells them Audrey isn’t well and an ambulance is called, they all rush out to see what happened – but they’re met by an angry Stephen who isn’t happy that no one noticed she had been gone all night.

He jumps into the ambulance to go to the hospital with Audrey, leaving Gail feeling extremely guilty. But will Audrey be ok and if she does make it through, will this be the wake up call she so desperately needs?