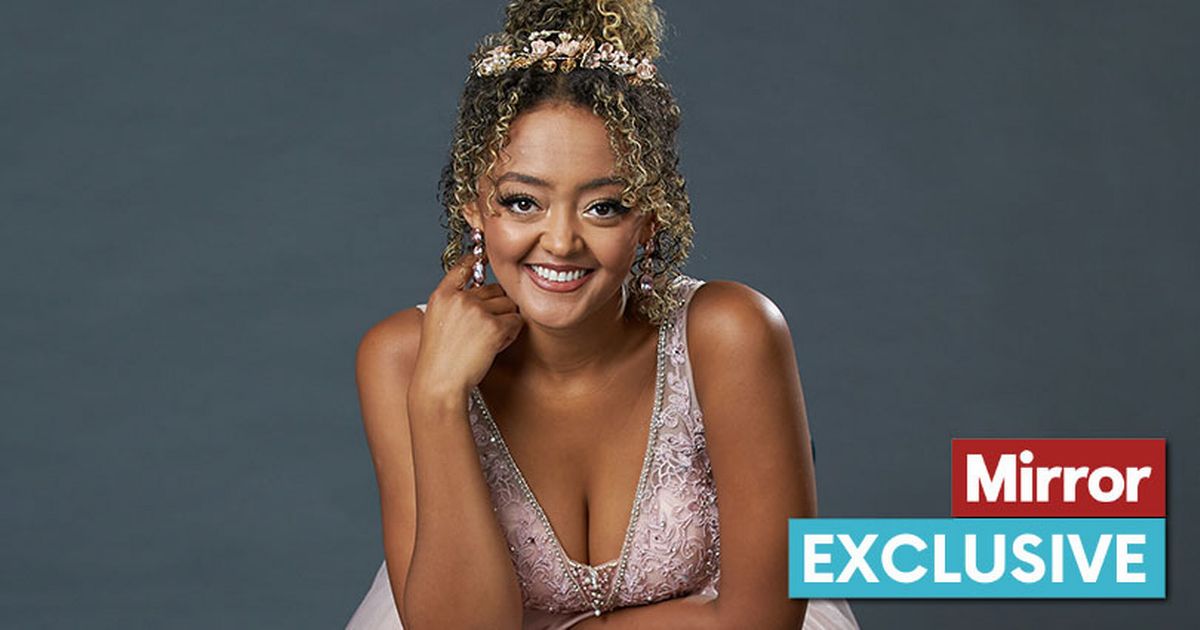 Coronation Street’s Emma Brooker will marry Curtis Delamere in a pink frou-frou frock – and actress Alexandra Mardell, who plays the character, thinks it’s ‘awful’ as she reveals her own real-life wedding plans to Joe Parker

What could possibly go wrong? With Emma’s record, pretty much anything.

And just days before this week’s wedding, she has found out Curtis has been lying about having a life-threatening heart condition.

Luckily the actress who plays Emma, Alexandra Mardell, says her own love life is as far from Emma’s as you can get.

She is due to get married herself next year but her dress will be completely different to Emma’s frou-frou frock.

Corrie’s costume designer allowed Alexandra to choose the dress her character would wear, which she said was “a lot of fun”.

Love it or hate it? Emma Brooker, played by Alexandra Mardell, in the pink wedding dress

The actress, 28, said: “It was the first one that we tried and we put it on and said this was very Emma.

“I thought it was awful but it was fabulous for Emma.

“So much pink. Extreme pink, literally flamingo style. It was crazy. Tried a few but nothing compared to it and, yeah, it is the perfect dress for her.

“Emma’s style and wedding is completely opposite to anything that I would choose so it’s kind of nice to have a feel and look around at those things I would never have and just really enjoy them.”

Alexandra is preparing to get married herself after her boyfriend, actor Joe Parker, also 28, popped the question in April.

The couple moved in together in Manchester at the start of last year and Joe proposed in their kitchen while Alexandra was doing the washing up.

She said: “I never imagined I would be in a Coronation Street wedding.

“Filming it was very strange. There was a lot going on at Emma’s wedding, kind of like being at Disneyland, it gave me a bit of a headache sometimes.

“I was really excited and having to pick a wedding dress for Emma was great fun.”

The Leeds-born star, who started playing hairdresser Emma in 2018, admits she would like to shake her character sometimes.

Alexandra said: “I like to think I care for other people and put other people before myself but we are very different.

“She is very ditzy and quick to jump into things like this.

Emma and Curtis are set to get married – but will it go ahead?

“But it does make me laugh. I love the things Emma comes out with and stories I get to play but I’m constantly thinking, ‘Oh my gosh, am I really going to say that or what is she doing now?’

“I just feel so lucky with this character. She is so silly. I get to do the fun comedy side but also she is really emotional and playing the drama. Corrie has lived up to my expectations and more.”

Alexandra also told how she missed co-star Simon Gregson – who plays her on-screen dad Steve McDonald and who she calls “fake dad” – while he was on I’m A Celebrity Get Me Out of Here.

She said: “I’ve been watching ‘fake dad’ and missed working with him. I didn’t vote for him on the trials and I look forward to catching up.”

Five years ago her own dad Michael died as a result of cardiomyopathy, a condition which causes the heart muscle to become enlarged, leading to irregular heartbeats and sometimes heart failure.

The actress says his passing came as a shock, “as it was something we were all unaware of”. She added: “Essentially, his heart was too big, which was true in more ways than one.”

The pair’s wedding will be very different from her Corrie one!

In the soap, it turns out her fiancé’s lies are sparked by a mental illness called factitious disorder, in which a person pretends to be sick. Alexandra says her character is devastated because Curtis – played by Sam Retford – is Emma’s “everything”.

She forgave his lies but it remains to be seen whether she will go through with the wedding – or whether Curtis will.

Alexandra said: “He’s the husband she has been looking for and it is such a typical and true kind of Emma romance that there’s something going to go wrong.

“She is terrified, nervous. Is this the right thing to do?

“I think everyone has got those fears when you’re doing something so huge.

“But when there have been lies already, she’s nervous but hopeful and so in love and that overrides everything.

“I want to see Emma have her happy ever after. I do not necessarily know if Curtis is right for Emma but she’s really happy with him and believes she can help him and fix him.

“She has an idealised view on love. If she was my friend I would tell her to stay single! She needs to focus on herself for a little bit.

“There’s that saying when you are not looking for love that’s when you find it. She just needs to properly focus on herself take a step back. There might even be someone closer to home she’s not thought about.

“She needs to focus on herself and then someone might pop along who is actually perfect.”