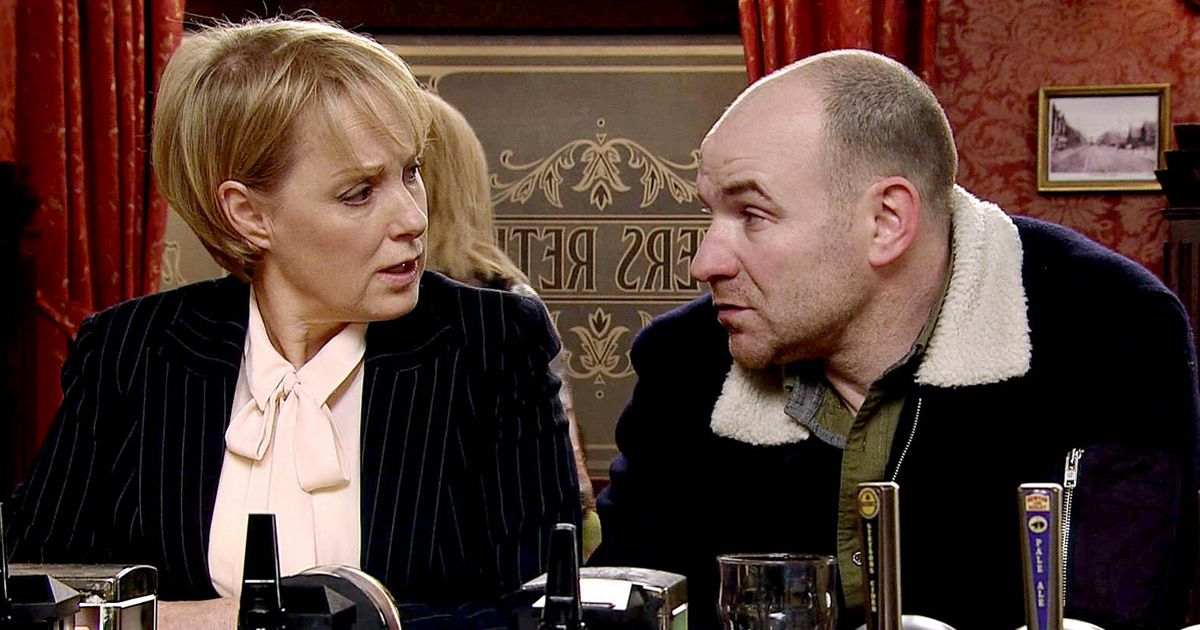 Popular couple Sally and Tim Metcalfe will face one of their biggest obstacles on Coronation Street after Tim decided was given a devastating diagnosis by his doctor, which he has yet to share with Sally

Corrie: Sally suggests Tim and Geoff should leave in 2020

Coronation Street bosses are reportedly battling it out to decide the fate of fan favourite couple Sally and Tim Metcalfe, after they have been rocked by a health scare.

The couple’s happy marriage has been thrown into question after Tim decided not to share his doctor’s devastating diagnosis with Sally.

Tim’s decision to leave Sally in the dark on his heart condition has left her questioning the relationship, convinced he is having an affair with Aggie Bailey, who Tim confided in.

ITV ’s soaps expert Sharon Marshall sat down with This Morning presenters Holly Willoughby and Phillip Schofield to discuss the uncertain fate of the couple.

She said: “Before Christmas, there was this big Corrie press conference and the writers admitted this was the subject of a huge debate in the writers’ room.

The couple’s happy marriage has been thrown into question
(

“There were arguments – some of the team do want to, but there have been some who don’t.

“What we will see is that she will become more and more paranoid, she will put a tracker on his phone, she will start to think Tim is having an affair.

The writers room disagreements are on-going.
(

He said: “I love Tim and Sally as they feel like an iconic Corrie couple.

“Every so often somebody comes to a story conference and pitches something that splits them up and sends them off with different people.

“It always starts a massive argument, as it did when we talked about doing it with Fiz and Tyrone.

“Tim and Sally feel right together and are peas in a pod, so that’s why this story will matter to our audience.

“There’ll be a huge level of investment in whether they can get over this hurdle or not.”

ITV spoilers released this week revealed that Tim decides to make his funeral arrangements, while Sally decides to confront him with her infidelity suspicions.

While Tim denies any wrongdoing, when he refuses to hug her, Sally doubts him and decides to put a tracker on his phone.