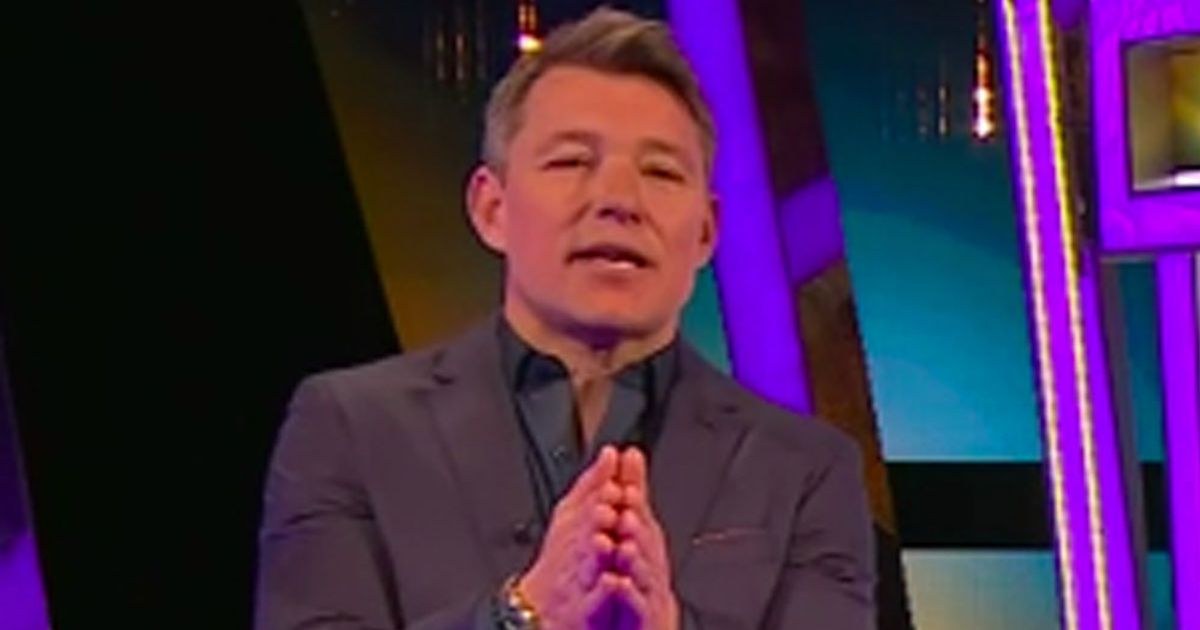 Tipping Point host Ben Shephard appeared on Monday’s This Morning to discuss the gameshow’s 10 year anniversary, but he accidentally made a rather embarrassing comment

Ben Shephard looked rather embarrassed on Monday’s This Morning as he spoke to Josie Gibson and Vernon Kay about Tipping Point.

The ITV gameshow is celebrating its 10 year anniversary, and Josie and Vernon were keen to get Ben’s thoughts on the programme’s success.

“Ben, it’s the simple ones that are the greatest, why do you think Tipping Point has been so successful?” Vernon asked the father-of-two.

“I think a lot of it is to do with nostalgia. These old penny falls machines that we all loved playing as kids down at the end of the pier, and then we give people a chance to come in and have a go on it.

“It’s a real leveller as well. You don’t necessarily have to have the best general knowledge, you need to have a little bit of luck along the way. This machine can be a little bit cruel at times,” Ben added.

“And you’ve been going for 10 years in July, can you believe that you’ve been doing it that long?” Josie then asked.

“Josie, I barely last 10 minutes with most of the things that I do,” he replied as Josie burst out laughing before awkwardly saying: “Oh right!”

Ben didn’t seem to realise that Josie was laughing so much at first, but then Vernon commented: “That’s gonna go viral!” and he suddenly seemed aware of his faux pas.

Trying to make light of the situation, Ben quickly said: “You don’t wanna hear my Spanx story though Vernon. My Spanx story would go viral too, but we can’t share that!”

However, the cheeky innuendos didn’t end there as former Big Brother star Josie went on to reveal that she sits on Ben’s face every summer.

“I’ve got my Ben Shephard swimsuit and your face is in a really funny place,” she revealed whilst giggling.

“And I’ve also got my Ben Shephard deckchair which I get out every summer and sit on… with your face on it as well.”